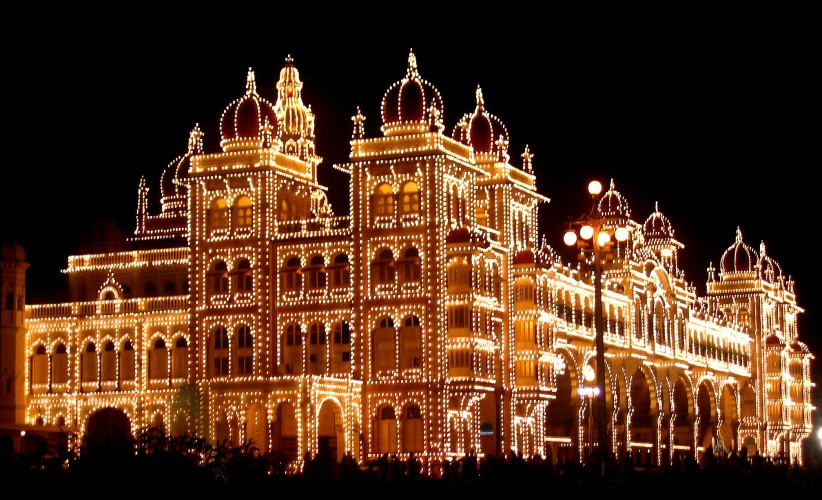 Mysore- Mysore, is the third most populous and the third largest city in the state of Karnataka.One of the most visited monuments in India, the Amba Vilas Palace, or Mysore Palace, is the center of the Dasara festivities.Overlooking the city are the Chamundi Hills, with the highest peak housing the Chamundeshwari Temple, known for its amazing architecture and spiritual essence. See the whole of Mysore city spread out before you, from the top of these hills. The winding roads through the lush green forest lead you to Sri Chamarajendra Zoological Gardens, one of the most popular zoos in the country.

Wayanad- The breath-taking scenic views from various hilltops, the aroma of spices and coffee, the roar of wild animals and the rhythmic folk dances and music of the tribal people form a perfect rainbow of tourism options in the eco-tourism destination of Wayanad district, located in the Indian state of Kerala.The Banasura Sagar Dam in Wayanad is the largest earth dam in India and the second largest in Asia.

All sightseeing and excursion as per the itinerary