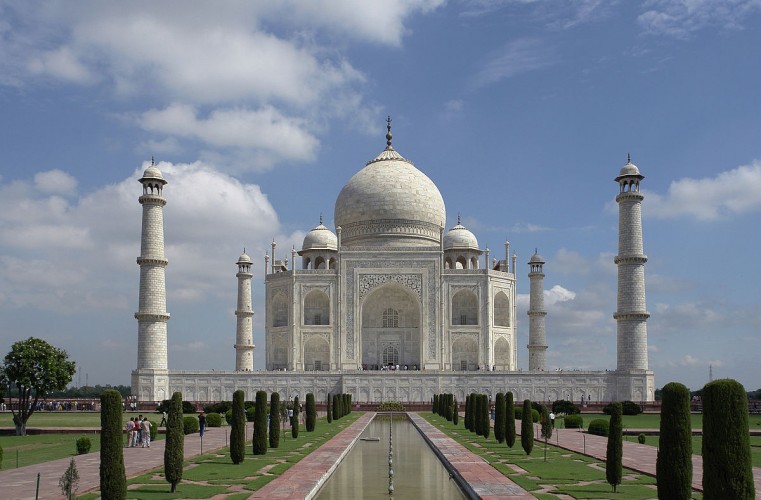 Delhi- It is the capital city of India.A succession of conquerors has left their mark on Delhi, especially the Mughals, who patronized this city and made it their own.The modern city of Delhi is a blend of medieval forts, beautiful mausoleums, colonial-era buildings, colorful bazaars. It is the second most populous city in India.The Jama Masjid, Qutub Minar, India Gate, Lotus Temple, Red Fort and Raj Ghat are a few of the must-see attractions in Delhi. New Delhi is the seat of power of the Indian Government. Witness the grandeur of Parliament House, Rashtrapati Bhavan and the Supreme Court of India. A trip to Delhi is incomplete without a taste of its unique cuisine, which is best experienced from the street-side vendors of chaats, pav bhajis, and masala tea.

Agra- Rising on the banks of the river Yamuna, the city of Agra has been linked with the history of India, since ancient times. This beautiful city is a perfect example of India' s rich culture and heritage. It is mentioned in the epic tale Mahabharata as ' Agrevana,' literally translated as ' border of the forest.' Home to one of the Seven Wonders of the World, the Taj Mahal, Agra is a globetrotter' s haven. You can say that the Mughals have left a permanent impression on this city which is evident in the various mausoleums and forts found here. Be mesmerized by the sprawling and majestic Agra Fort. Its many palaces, mosques, and mausoleums are a proud testimonial of Mughal architecture. The legends of the Mughal Emperor Akbar and his fabled courtiers are still kept alive at the ruins of Fatehpur Sikri, which is located on the outskirts of Agra.

Jaipur- Jaipur was Popularly known as the ' Pink City.It attracts innumerable tourists from India and abroad. Complemented by Delhi and Agra, the city is part of the Golden Triangle tourist circuit. It is the capital of the historically rich state of Rajasthan, in India. The architectural marvels of the city reveal its glorious past. From the captivating Hawa Mahal to the bewitching City Palace, each place of the city depicts its own story. The markets of Jaipur are full of beautiful handicrafts and jewelry which are unique to the city.You can find swanky malls, high-end restaurants, and prestigious educational institutions in the city.The lively culture of the city is reflected by its people who prefer to wear colorful attire, consume traditional Rajasthani cuisine and treat everyone, including the tourists, with graciousness.

Day 03: Agra – Jaipur via Fatehpur Sikri (245 Km / 4 hrs)
After breakfast visits Agra Fort & proceed to the Pink City of Jaipur. Enroute visit Fatehpur Sikri - once the capital of Mughal Emperor Akbar. Also visit the Buland Darwaza, the largest gateway in the world. On arrival at Jaipur, check into your hotel. Overnight stay at Jaipur.

Day 05:- Departure from Jaipur
After breakfast check out from the hotel and transfer to Jaipur Railway Station / Airport for your onward journey.

Accommodation in the well-appointed room.

All transfers and sightseeing as per the itinerary in an air-conditioned vehicle.